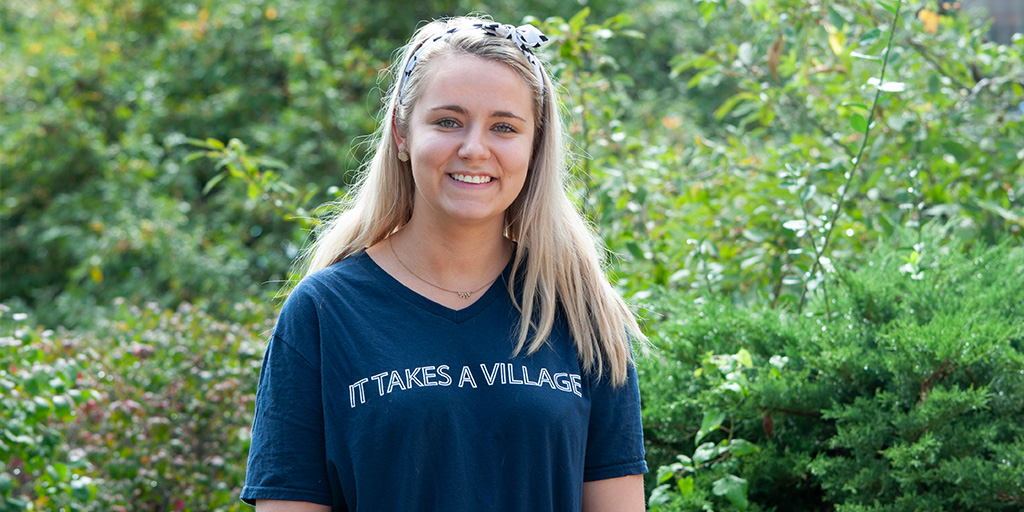 In Tanzania, the government bans young mothers from attending state schools. But a KU Law student who has lived and worked in the East African nation is doing her part to ensure pregnant women can continue their education.

“What I’d like to do is create a place for young mothers to go, feel safe and find stability,” said Denning, who is from Nevada, Missouri. “Our goals are educate, employ, empower. I want every girl who leaves M.A.R.B.L.E. to feel empowered.” 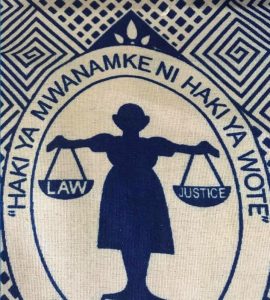 The text in Swahili translates to “Women’s rights are rights for all.” Photo courtesy of Paeten Denning.

A 1961 law allows state schools in Tanzania to ban young mothers from attending. Over the past decade more than 55,000 pregnant schoolgirls have been expelled from school, according to a 2013 report by the Center for Reproductive Rights. Despite condemnation from human rights groups, Tanzanian President John Magufuli has enforced this law since taking office in 2015. “As long as I am president … no pregnant student will be allowed to return to school … After getting pregnant, you are done,” he said during a public rally in 2017.

Denning has witnessed the effects of this policy firsthand on three separate trips to Tanzania. She was inspired to found M.A.R.B.L.E. during her most recent visit. Denning spent the summer between her first and second years of law school working at the Tanzania Women Lawyers Association, a local nongovernmental organization (NGO) that provides legal aid to women and children. 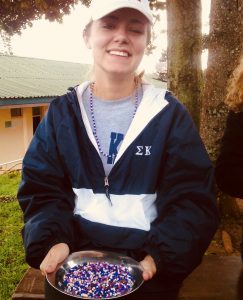 Paeten Denning practices beading with a local female ran co-op in Tanzania. The young women staying at M.A.R.B.L.E will learn beading at the vocational school, The Faraja Center.

“I just started noticing the lack of resources for young mothers,” she said. “I decided to find a way to provide housing for these teens who are pregnant.”

M.A.R.B.L.E. officially became an NGO in February after Denning took steps to incorporate, submit paperwork to establish nonprofit status, recruit board members and gain approval from the mayor of Arusha, Tanzania. Denning and the board aspire to help young mothers continue their education at the local Faraja Center vocational school while living in free housing provided by M.A.R.B.L.E. They hope to open a house in Arusha by May 2019 that could house up to 10 young mothers at a time.

“We figured we could help the most people in Arusha,” she said. “It is one of the biggest cities in Tanzania. Because of its location near the northern border, we could help girls from Kenya, too, as well as surrounding rural areas.” 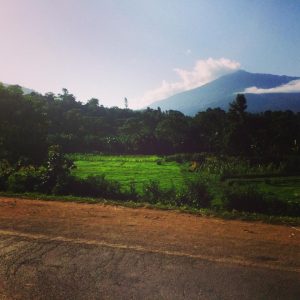 After graduation, Denning plans to move to Tanzania with her husband for a few years to manage M.A.R.B.L.E. full-time. Her husband will serve as the organization’s case coordinator. Denning holds KU undergraduate degrees in social welfare and African studies and honed her Kiswahili language skills during a 2013 trip to Tanzania on a Fulbright-Hays Scholarship.

She said her KU Law classmates have been supportive of her NGO. Two members of the board also have ties to KU Law: 3L Derek Depew and SJD candidate Bander Almohammadi, LLM’18.

“Everyone in my class knows about it and is involved in their own way,” Denning said. “It is really cool to have the support of the KU Law community.”