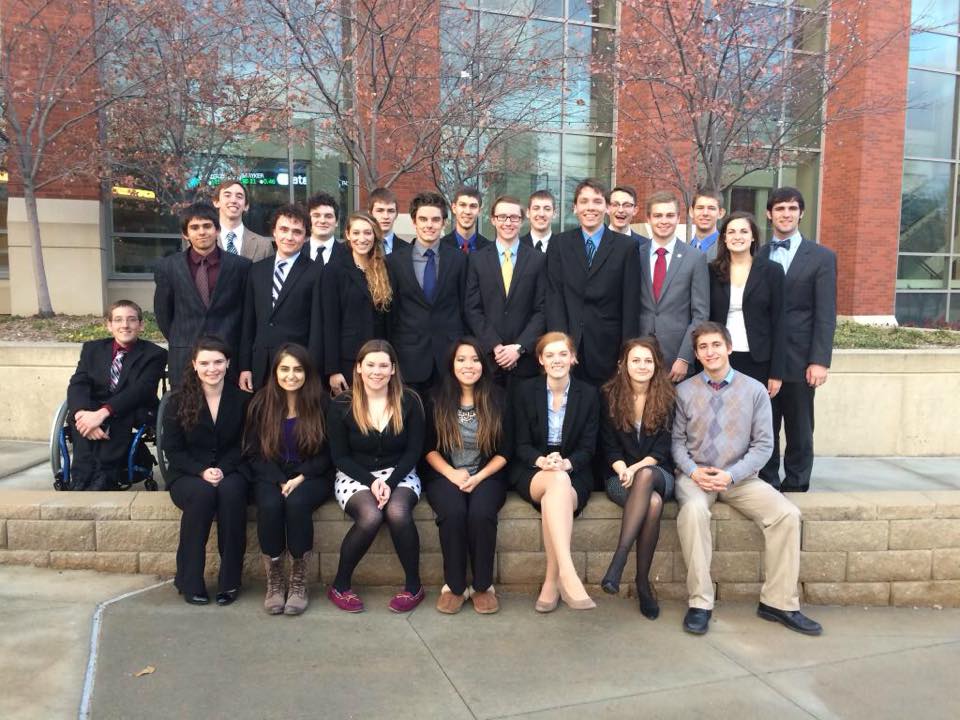 David Hammack, fourth from right in back row, and Jordan Kane, far right in middle row, with their mock trial teammates in 2014.

KU Law provides ample opportunities for students to gain hands-on courtroom experience, but for some future Jayhawk lawyers, the training began long before stepping foot in Green Hall. KU is home to a growing mock trial program that allows undergraduate students of all academic majors to participate in simulated courtroom trials. For some students, mock trial is a fun weekend diversion and a great opportunity to make new connections and brush up on presentation and analytical skills. For others, it’s all that plus the first step in launching a legal career.

2L David Hammack built on his undergraduate mock trial experience by pursuing law school at KU. The program provided public speaking experience and an introduction to the legal system. “The first time I stood up to give a cross examination, I remember my legs shaking so bad I thought I wouldn’t be able to walk,” Hammack said. “After a while, it became second nature. I came from a family with no legal background, so it was invaluable to learn some of the procedure and terminology.”

Classmate and former teammate Jordan Kane agrees. “It wasn’t until I was in law school that I realized how much mock trial benefited me,” Kane said. “It gave me great context for understanding the content I was learning in my courses. It also gave me practical knowledge about trials that most law students do not learn until their second or third year of law school.” Kane learned the basic structure of a trial, from how to give opening and closing statements, to questioning witnesses, to using Federal Rules of Evidence. Mock trial also teaches students proper courtroom decorum, teamwork and strategy. 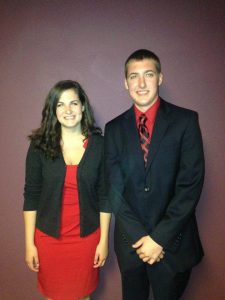 Kane and Hammack, then graduating seniors, at the team’s 2015 awards banquet.

Hammack and Kane note that few things compare to the rigor and intensity of the first year of law school, but mock trial offers a foundation for the practical skills lawyers need to succeed, including oral advocacy and familiarity with trial procedures.

“The first year of law school was fairly different than mock trial because most of what first year involved was studying and reading case law,” Kane said. “In my second year, there has been a lot of use for my mock trial experience. For example, I am taking evidence and I have already had four years of experience applying the Federal Rules of Evidence.”

Hammack and Kane continue to expand their practical skills experience. Hammack participated in the Judicial Field Placement and serves as chief en banc of Traffic Court, while Kane interns with the Project for Innocence. Both plan to participate in moot court and will compete as partners.

“I would absolutely recommend mock trial to anyone considering litigation,” Kane said. “During four years of undergrad, I’ve participated in over 60 mock trials. Through those experiences I developed courtroom presence and invaluable practice being an attorney in a competitive setting.”