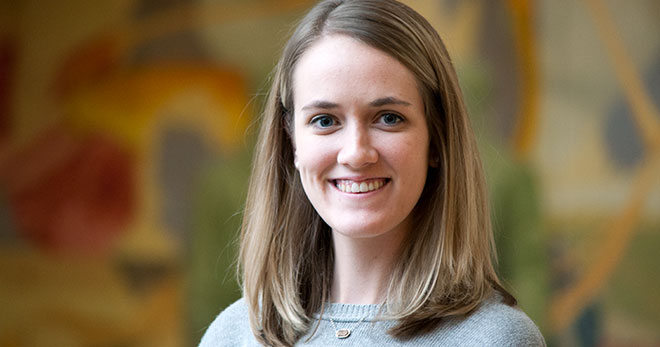 I recently realized that I have been at KU Law for six months. It may not seem like a long time, but I’ve done a lot in this time. I moved to Lawrence, made new friends and finished an entire semester of law school! A person can learn a lot in six months, but I think there are six noteworthy things that I’ve figured out since August.

I’ve never had a lawyer in my family. I majored in tourism and hospitality as an undergraduate student. It’s safe to say that I knew next to nothing about law school before coming to KU for 1L orientation. As a control freak who hates surprises, this was pretty scary for me. But I realized very quickly in my first week at KU that everyone felt the exact same fear that I did. No one knows exactly what to expect before coming to law school. It’s a completely new experience for everyone, regardless of your academic background or your family tree. Your classmates are feeling just as freaked out, so lean on them for support!

2) It’s important to have law school AND non-law school friends.

I love the friends that I’ve made in law school. They’re supportive, fun and always down for a coffee run to the DeBruce Center between classes. Plus, I would NOT have survived finals week without our little study groups! But I quickly learned to appreciate my friends outside of law school, too. For me, non-law school friends pull me back into the real world during those times I can’t seem to stop thinking about legal memos and Constitutional Law hypotheticals. Sometimes a person’s just gotta talk about the new shows on Netflix! Plus, knowing that my non-law friends are proud of me is enough to keep me motivated through the more stressful moments in law school.

3) Getting involved in organizations has perks. Major perks.

Outline banks, free food during group meetings and advice from law students who’ve made it through 1L year: What more can I say? I obviously need these things. Plus, organizations were a great way to meet people with the same interests as me.

4) On that note, there are WAY more opportunities for involvement than I had expected.

KU Law has political action groups, religious-interest clubs, legal clinics, moot court … I could go on, but I won’t. There’s something for everyone. Just a couple of months into law school, I had the opportunity to volunteer with the DACA Clinic. You don’t have to be an experienced law student to find something to do. In fact, if you’re a law student at KU and you’re bored, then you’re doing something wrong!

5) Having a hobby outside of law school is important.

I study a lot more in law school then I generally had to in undergrad. However, I can’t live in the law library forever or I’ll go crazy! So, there are a few things I do to keep my stress levels down. I’ll binge watch some TV (hellooo student subscription to Hulu!), do some yoga in my apartment or catch a movie at the theater. Did you know the seats recline at the Lawrence movie theater? It’s amazing. I also learned that having a hobby isn’t just a waste of time. You can put it on your resume to show employers a little more about your personality. That’s a win-win if you ask me.

6) I’ve already learned so much more than I ever could have expected.

If you go to law school, you’ll be amazed at how much you learn in such a short amount of time. Looking at the papers I wrote in the beginning of my Lawyering Skills class compared to my fall semester final memo, I’m pleasantly surprised by how much my legal writing skills have improved. While I’ve learned a lot in six months, I know that there’s still so much more to come. Here’s to the next two and a half years!

— Emily Leiker is a 1L and KU Law Student Ambassador from Hays.