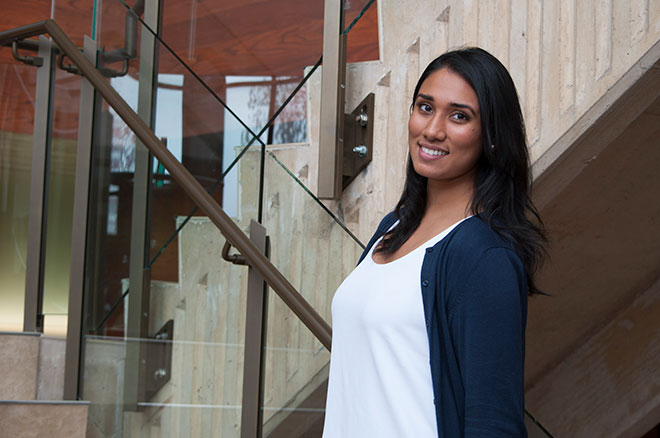 Just a couple of months away from graduation and a few weeks out from my 28th birthday, I thought recently about where my pre-law school self would have envisioned me at this time in my life. I probably would have hoped that I’d be a news correspondent halfway around the globe. Instead, I ended up just over four hours away from where I grew up.

And I wouldn’t trade it for anything.

In high school, I was sure I’d be heading to medical school after graduation. But the summer before my senior year, I went to a journalism workshop because I’d always liked writing and hadn’t really made time for it in the middle of chemistry and biology (I’ve now forgotten everything I ever tried to learn in those classes). I fell in love with the newsroom — the pace, the constant change, the teamwork. It was enough to completely change the course of my life; I enrolled as a student at Mizzou’s journalism school a few months later. 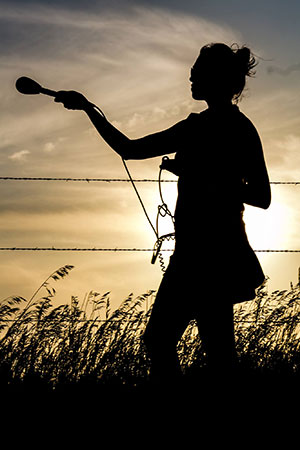 Sangeeta Shastry (literally) in the field, doing a story about the Symphony in the Flint Hills for KCUR. Listen here

Once there, I was hooked. I learned to love cold calling potential sources — despite being absolutely terrified of doing so when I arrived on campus. I loved the adrenaline rush of turning around a breaking news story and publishing it just before deadline. I loved the precision and accuracy that editing required. I was certain that once I graduated and began working for the Kansas City Star, I’d be launching into a lifelong career as a reporter.

But when I had the chance to cover court proceedings, something changed once again — I found myself wanting to know more about the trials I was watching, to understand the rules and to be part of the advocacy instead of writing about it. But I didn’t know whether I could make the jump from being a journalist to potentially working as an attorney someday — or even the jump to going back to school. I was unsure of whether any of my writing and research skills would transfer and whether I could be an advocate. I didn’t know if I was prepared for what I’d heard would be a brutally competitive environment. I was convinced as I applied to law schools that I was reinventing myself and my career too many times — that I just needed to pick something and stick with it.

Now that I’m just weeks away from taking my last finals of law school, I’m so, so glad I was wrong. Being a law student showed me that there’s no “right” background to prepare anyone to be a lawyer. There isn’t a correct timeline to follow to get through the doors of Green Hall. All that’s required is that you show up, ready to learn and ready to work, with an understanding that everyone is starting with a blank slate. Far from the depiction of law schools I’d seen in movies, everyone at KU Law has given me so much support. I’ve had countless opportunities to develop as a writer and an advocate. I’ve been able to put the skills I’m learning in the classroom to practical use. And it didn’t matter how long it took me to get here.

— Sangeeta Shastry is a 3L and KU Law Student Ambassador from St. Louis.