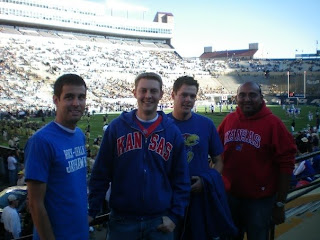 I remember when I was a prospective law student visiting various law schools, a major concern of mine was whether law students had time to do anything fun. I had heard the one-liners from all of my friends and family sarcastically telling me, “Have fun at the library … we’ll see you in three years!” Then there were all the law school prep books that I had consulted. They meticulously structured the ideal daily schedule for a first-year law student, which, of course, involved countless hours at the library in order to review prior class discussions and prepare for future ones. Finally, the dozens of Hollywood portrayals of life as a law student that I saw did little to calm my nerves. I’m thinking specifically about “The Paper Chase.”

So as I entered law school, I pretty much had resigned myself to the fact that my life would be spent in a sea of books for the next three years.

While spending quality time in the library is part of the deal when someone decides to go to law school, it’s not the end of the world that I had envisioned when I signed up for a legal education. In fact, finding fun-filled outlets was a necessity for me in order to escape from the daily grind of reading appellate cases, writing memos and worrying about falling victim to the Socratic method. Some people work out at the rec center, others spend time with family, but for me, the key to success in law school was college football.

I made a goal to see a KU game played in every stadium of the Big 12 Conference, and after three years I made it to all but one: Baylor in Waco, Texas. I would find law school friends to join in on my adventures, and often times I would travel with people who had graduated from the school KU was playing that week. My trips to Texas Tech, Iowa State and Kansas State were like this. For my friends, it was an opportunity to see their old friends and experience the nostalgia of their undergraduate life. For me, it was more of an opportunity to experience a new college town and try out the local flavor. For instance, no trip to Ames, Iowa is complete without a stop at Hickory Park BBQ for ribs and an ice cream sundae. And when cruising through Stillwater, Okla., a detour ought to be made at Eskimo Joes for some cheese fries. 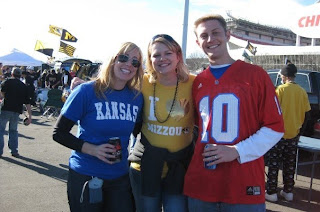 Other times, a group of students just wanted a getaway, like when four guys piled into a two-door sedan for the eight-hour trek to Boulder, Colo. We toured the Coors Brewery, checked out Pearl Street Mall and enjoyed the nightlife in downtown Denver. In November this past year, a group of 14 law students rented a condo along Sixth Street in Austin, Texas for an extended weekend to watch the Jayhawks and the No. 2 ranked Longhorns. It was there that I learned that a hotdog topped with pulled pork is the next big thing. 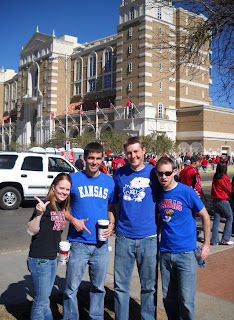 It pains me a bit to know that I will graduate this May just one Big 12 school short of the mark I set out to reach. But I place most of the blame on Big 12 scheduling more than anything. At any rate, it will provide a great excuse for all of my friends to take time off of work next fall for an extended weekend in Waco to remember all the good times we had back in law school.