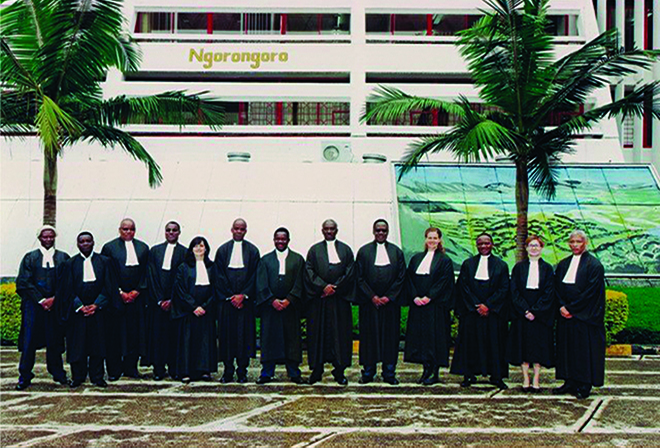 At least 800,000 people were killed in 100 days during the 1994 Rwandan genocide. Deborah Wilkinson, L’82, helped bring some of the perpetrators of that violence to justice.

As senior appeals counsel at the United Nations International Criminal Tribunal for Rwanda in Tanzania, Wilkinson and a team of fellow prosecutors spent 5 years litigating the appeals of six high-level Rwandan political and military officials charged with genocide, crimes against humanity and war crimes.

“I feel that this case made a contribution to international law and international humanitarian law. It also provided closure for the numerous victims of these crimes,” Wilkinson said. “Many of the victims were following the case, and to know that these people were being held accountable was very significant. I’m glad I was able to contribute in that way.”

Throughout her career, Wilkinson has tried cases in three countries on three different continents, but she considers the prosecution of Rwandan atrocities her most significant work.

One of the defendants, a county executive named Sylvain Nsabimana, was prosecuted for failing to do anything to protect the ethnic Tutsis and moderate Hutus who spent the night near his office – seeking protection from Hutu extremists. Nsabimana did not intervene when groups descended at night to rape women and kill men and children. He was sentenced to 35 years in prison.

“It was a very interesting legal issue of liability for failing to act to prevent genocide,” Wilkinson said. “We won on that issue, which was very significant in international law. It’s called omission liability.”

Another defendant, Pauline Nyiramasuhuko, was the first woman to be found guilty of genocide by an international tribunal. She received a life sentence. 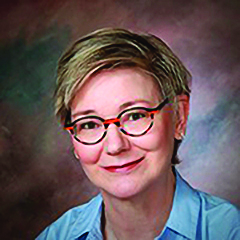 Needless to say, Wilkinson’s career in prosecution has taught her a lot about human character and values, for better and worse. “If I had done what I thought I wanted to do — which was work in an office — I probably would have stayed in my little bubble of meeting people who were like me and not been exposed to a wide variety of humanity,” the Kansas City, Missouri native said.

Prosecution was not on Wilkinson’s radar when she began pursuing legal education at KU. But the required Criminal Law course piqued her interest, and she excelled in oral advocacy. Right out of law school, Wilkinson landed a job as assistant county attorney in Barton County. She made her mark early by successfully prosecuting the state’s first felony murder case involving child abuse, leading to the 1985 conviction of Eileen Brown for the death of her 6-week-old baby.

A few years later, Wilkinson moved to the Wichita District Attorney’s Office, where she spent 15 years prosecuting a range of criminal cases as an assistant district attorney. “I discovered I did very well speaking to juries, being persuasive and arguing in front of the court,” she said. “It was fast moving – always something different.”

With a solid foundation in the U.S. legal system, Wilkinson bridged into international practice through the American Bar Association’s Central and Eastern European Law Initiative. She spent two years in Kiev helping the U.S. Department of Justice implement training programs for Ukrainian judges and lawyers.

Wilkinson went on to teach comparative criminal law and procedure to Ukrainian law students after receiving a Fulbright grant. She also served in Kosovo as a legal advisor for the Organization for Security and Cooperation in Europe, and later as an international prosecutor appointed by the UN to handle cases in place of the local prosecutors.

Throughout her international career, Wilkinson benefited from her ability to pick up new languages. She speaks French and Russian proficiently, and has studied Latin. She understood enough Kinyarwanda, Ukrainian, Swahili and Albanian over the years to navigate trials with the help of translators and interpreters.

“Learning languages helps you see how other people think,” Wilkinson said. “Sometimes entire concepts are different, and it really makes you bend your mind around different ways of thinking.”

Now in private practice in Lenexa, Wilkinson encourages students to acquire language skills, pursue international opportunities and contribute their legal prowess abroad. She can attest to the value of expanding one’s horizons.