No more interviews with the Department of Homeland Security, no more meetings with the U.S. Attorney’s Office, no more facing her traffickers in court. The criminal case was finally closed. Now she was living in a foreign country, away from family and friends, with minimal funds, unable to speak English, and wanted to stay in the U.S. to avoid retaliation from her traffickers. This was the client I was assigned during the Medical-Legal Partnership (MLP) externship orientation. 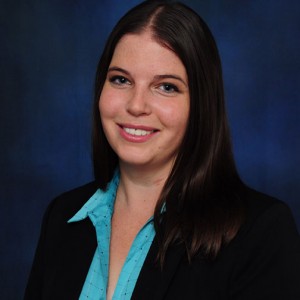 Orientation day for the MLP was the most overwhelming day I’ve experienced during law school. I walked out of the office with a client who had been a victim of human trafficking, a book about T and U visas (something I knew nothing about), and a list of people I had never met with whom I needed to schedule meetings. I had never had a real client, conducted an interview, worked with an interpreter, or written anything more complex than a summary judgment. I felt incredibly unprepared to take on my client’s task and was beyond scared that someone’s future had been placed in my hands.

My one semester in the MLP gave me invaluable practical experience. My first task was a trivial one — make a phone call. But I had to call the U.S. Attorney’s Office to ask for copies of documents filed during the criminal trial of the traffickers. My hands were shaking as I dialed the number. By the end of the semester I was on a first-name basis with my contacts in various government offices. My MLP experience taught me more than just how to do legal research, fill out forms, and write. It taught me how to connect with my client and maintain emotional health, showed me the importance of networking with people who aren’t lawyers, and that legal work is much more complex than class materials ever intimated.

I ended my time with the MLP by turning over an almost 2-inch-tall stack of papers that was my client’s T visa application. It needed one final review and would then be sent off. I walked out of the MLP confident in my work. For the first time during school, I felt like I had accomplished something. That day I was sure I was pursuing the right career.

Ten months later I received a phone call from the MLP office. My client’s T visa had been approved. The gravity of what I had worked on for an entire semester truly came into focus at that moment. I had helped make a real difference for a real person. This was my best day during law school. My MLP experience showed me that true success as a legal advocate is achieved when your client succeeds.

— Monica Hill Henning is a third-year KU Law student from Kingman, Kansas. She is set to graduate in May 2016.