This summer, I have been working as an assistant investigator for the Employee Benefits Security Administration in the Department of Labor’s Kansas City office. My duties are to audit private employer health insurance and pension plans in order to ensure compliance with the Employee Retirement Insurance Security Act (ERISA). Does “audit” sound like fun? No. But does ERISA sound like fun? You tell me. 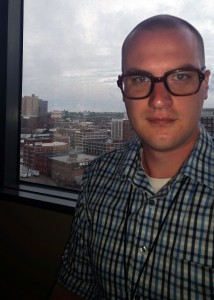 Judges have often expressed their frustrations with ERISA in their opinions. Judge McLaughlin, while sitting on the 2nd Circuit Court of Appeals in 1993, went so far as to say, “With understated irony, the Supreme Court has described the ERISA section at issue here as ‘not a model of legislative drafting.’ In truth, it is a veritable Sargasso Sea of obfuscation.” (Readers, I’m sure, will not need to be reminded that the Sargasso Sea is said to be the only sea on Earth with no coastline in site; trapped by Atlantic currents on all sides, it is home to the North Atlantic Garbage Patch and seaweed said to be so thick that it trapped and destroyed trans-Atlantic sailing ships).

ERISA was passed in 1974 to avert a rehash of the unfortunate events surrounding the bankruptcy of Studebaker Corporation, a vehicle manufacturer that went belly-up in 1967. In 1963, Studebaker Corporation closed its manufacturing plant in South Bend, Indiana. It was discovered that the pension fund for the plant had been corruptly mismanaged, and employees would not be receiving the pensions they had been promised. Since Studebaker was going bankrupt, there wouldn’t even be anyone to sue. Congress responded by passing ERISA, which created many requirements for documentation, reporting, independent audits and a federal agency (that’s us!) who would spot-check pensions and health insurance plans to ensure that payments were being made correctly.

However, Congress passed ERISA with several very odd, shall we call them, “quirks.” First, ERISA was bestowed with what has been called the most sweeping preemption clause ever enacted by Congress: “… shall supersede any and all State laws insofar as they may now or hereafter relate to any employee benefit plan.” Since most pension cases are a matter of “I’ll work for you, you pay me and deposit money into my pension plan,” it would seem that state contract law is the natural way to settle these disputes … but ERISA has preempted those laws.

Second, since ERISA will inevitably be decided by federal courts, the judges tend to be less plaintiff friendly. This is particularly troublesome because ERISA plaintiffs are usually broke after having to pay for some large medical expense or losing their job. This creates an asymmetric disadvantage against plaintiffs when they bring a claim against an employer.

Third, ERISA’s text requires that plan administrators create an appeals process for participants if their claim is denied. The Supreme Court has applied to this provision the traditional trust law principle that only an arbitrary and capricious decision by the administrator can be overturned by the Court. The administrator is the employer. If they don’t want to pay, they’ll deny the claim. But the courts can only overturn that decision if it was arbitrary and capricious?! Is a de novo review too much to ask for?!

Finally, ERISA has abolished all punitive damages for violations of ERISA, allowing only reimbursement and lost opportunity damages where trust or contract law might have allowed larger recoveries in order to disincentivize breach. The net effect of these quirks is that a statute that seemed to have been passed as a legal weapon for employees has actually become an effective legal shield for employers.

So that brings us to my job. While many law students might be more immediately concerned with paying down debt than with saving for the future, the fact remains that employer assisted retirement savings will play a big role in your 40-year professional career. Employee benefits have the opportunity to be abused by employers trying to line their pockets or employers who cut corners at the expense of employee pensions. Since ERISA has preempted many of the legal remedies that employees might seek, it’s the responsibility of the Department of Labor to make sure that employers do not violate ERISA. My job is to navigate the sea of obfuscation and sort out the garbage patch from the seaweed from the ships worth saving. Luckily for me, I’m a law student and a federal employee: Metaphor is kind of what I do.

— Jacob Wilson is a rising 2L from Chicago.