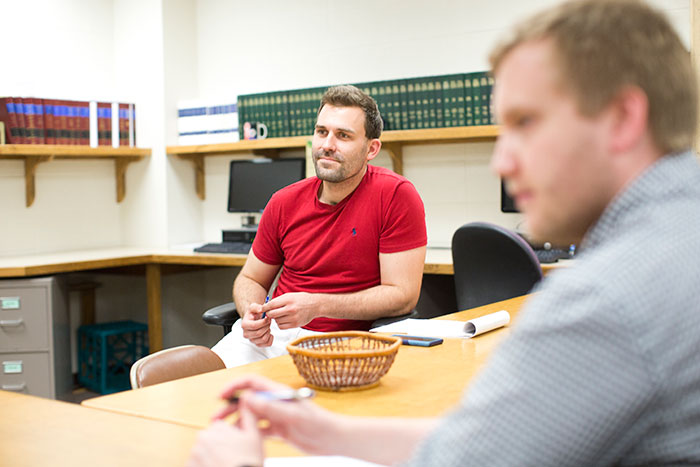 Before he enrolled in the Legal Aid Clinic, Bill Walberg described his communication skills as “lacking.” “I had a terrible fear of public speaking,” he said. “My first oral argument I panicked and could barely get my argument out. I wanted experience in an uncontrolled setting like the courtroom, and that’s what the Legal Aid Clinic provided for me.”

Within a month of enrolling in the clinic, Walberg was in the courtroom in front of a judge. “I had a couple shakes in the beginning, but now my fear of public speaking is pretty much gone,” he said. 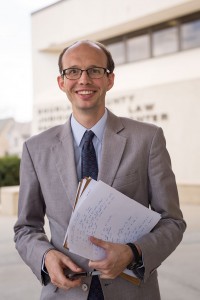 For Kasper Schirer, the listening component of the clinic was just as important as speaking. One of his first clients was a high school student charged with marijuana possession. Though she had confessed to the charge, her school resource officer searched her and came up empty-handed. “The first time I met her, I put her into a box,” Schirer said. “After talking to her and learning that what I read in the police reports was largely accurate, I decided that the best box to put her in would be diversion.” Diversion is a process in which a defendant admits to the underlying offense and serves a term similar to probation and community service. In exchange, the prosecutor dismisses the charges after the term has expired and conditions have been met.

As the case progressed, Schirer encountered snags—lost paperwork, the client’s move and transfer to a new school, new charges. As Schirer reconsidered the case, he discovered a pattern among high school students charged with crimes: Many, including his client, were not informed of their rights.

“We ended up challenging the confession because she had not been read her Miranda rights,” Schirer said. “The case got dismissed, which was a great result because not only did she not have the charge on her record, she didn’t have to go to trial. When I re-evaluated that situation I realized that I was a little bit too eager to put her into a category rather than trying something new, which in her case was a valid option.”

For both students, the Legal Aid Clinic provided more than courtroom experience and valuable client interaction. It also taught them to identify the underlying systemic issues that create challenges for low-income clients. Seminar discussions ranged from unrest in Ferguson, to the national conversation about modern-day debtors’ prisons clients encounter when they are charged fines for minor offenses, then end up in jail when they can’t pay the fees.

“I already feel like I’m a year ahead of my colleagues because I’ve been in the courtroom all semester,” Walberg said. “It was a great experience. Nothing else in law school can even compare to this.”