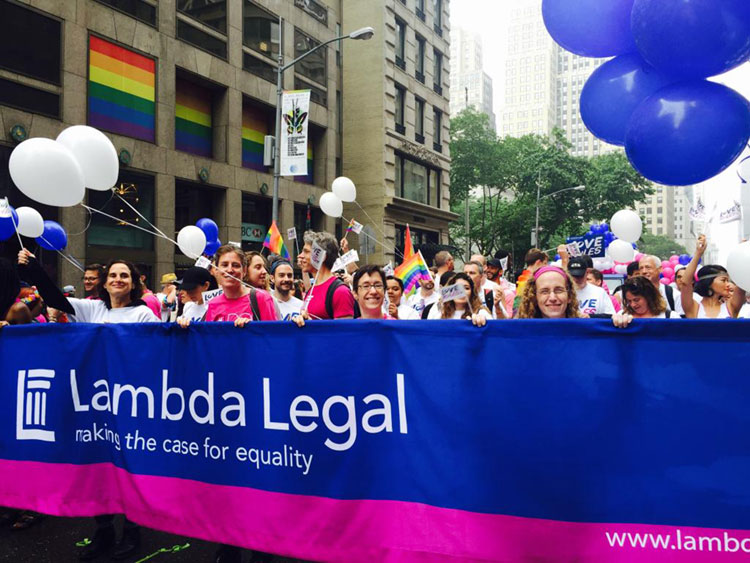 I have spent three months of my 2015 summer working on Wall Street overlooking the East River in Manhattan. Before I took the flight out of KCI, I had to say that the entire idea was incredibly daunting. I had been to New York City before and found that it was not exactly my taste, but this was for a (somewhat) short visit. As someone who is part of the LGBT community and immensely passionate about public interest, I could take on the largest city in the United States for a once-in-a-lifetime opportunity to work at Lambda Legal.

The internship itself was great. I was one of six legal interns assisting a rather diverse set of attorneys. The important thing to remember is that there is no “LGBT Law,” but rather LGBT individuals having trouble with any area of the law. I researched a wide range of topics, from voter identification statutes to the Kansas Open Records Act to experts on passports to what constitutes a public accommodation under New York Law. My classes at KU Law gave me the tools, and all I needed was direction. 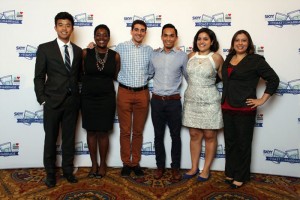 Living in New York City had a steep learning curve. The first day, the subway I was supposed to take was “down” and I was essentially stranded with no idea how to get from the Upper East Side to Wall Street. I ended up taking an expensive cab ride because I did not know how to navigate otherwise, and I did not want to be late my first day. Within a week, however, I was giving directions to tourists looking for Central Park. Obtaining food was another trial. Bi-weekly grocery shopping is not really a thing when you do not have a car to load up a trunk’s worth of bags. A large number of New York City residents have their groceries delivered. AmazonFresh kept me fed most of the time. For the other nights, almost anything could be delivered to my apartment door.

This summer was also a great time to be part of the Lambda Legal staff. The Obergefell decision from the Supreme Court came just days before New York City’s PrideFest, which we celebrated thoroughly. We were all invited to the Freedom to Marry event at the Cipriani Wall Street ballroom, where I witnessed a stunning speech by Joe Biden. LGBT rights have taken large strides forward this year, and it was awesome to observe all of that from the front lines.

The attorneys at Lambda Legal were invested in assisting the interns in preparing for the future. All of our research was critiqued with the idea that the pieces could become writing samples. Every week, we had brown bag lunches where the interns were free to question attorneys from across the United States about legal or professional topics. One such lunch specifically addressed how an attorney got into public interest law and what routes students could take to get involved in an organization such as Lambda Legal. Near the beginning of the summer, we had a welcoming dinner at an attorney’s home. The attorneys were nothing but helpful and awesome for the duration of my stay.

While I am not sad to see New York City behind me, my experience at Lambda Legal has been invaluable and amazing. I have no doubt that I can use my newfound skills to advance my career choices, which include either working for the government or in the public policy arena. Foremost, I learned that following your passions can be exceptionally rewarding, and I look forward to my final year at KU Law.