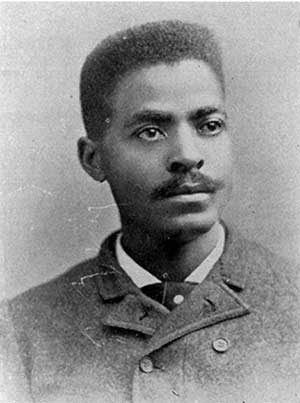 The University of Kansas School of Law has a proud history of diversity in its faculty and student body. On the heels of Black History Month, I feel it’s appropriate to honor and remember two KU Law graduates: Isaac F. Bradley Sr. and his son, Isaac F. Bradley Jr.

He maintained a private practice in Kansas City, Kansas, before serving as a city justice of the peace from 1889-91, becoming one of the state’s first African-American judges. Bradley Sr. then served a five-year term as assistant county attorney in Wyandotte County beginning in 1894. He was also active in early civil rights movements, joining W. E. B. Du Bois in a predecessor to the NAACP called the Niagara Movement in 1905. In 1930, Bradley Sr. became the owner and editor of the Wyandotte Echo newspaper, where he worked until his death in 1938.

Isaac F. Bradley Jr. was born in 1895 in Kansas City, Kansas, and matriculated to KU Law in 1914. He graduated with the class of 1917 and was admitted to the Kansas State Bar the same year. Bradley Jr. served as special assistant attorney general from 1937-39, but left the post to serve as a captain in the Kansas State Guard during World War II. Bradley Jr. died in 1975.

The example set by the two Bradley men serves as a great opportunity to learn how diversity can impact the future. They lived during times where acceptance and inclusion were hardly guaranteed, but both persevered and exemplified all the characteristics that KU Law hopes its students absorb during their time in Green Hall. They were hard-working, motivated, generous men who, together, set a high standard for all future KU Law students.

Diversity means bringing together all sorts of different backgrounds, ideas and worldviews and using that mixture to grow and improve our own understanding of others. During a time when the world is wrought with tension and fear of those who are different, I think we can look toward the Bradley men for examples of how diversity can make us better. Diversity has been a pillar of KU Law since its inception, and it is imperative that we continue to value those who are different from us and use such differences to learn and grow.