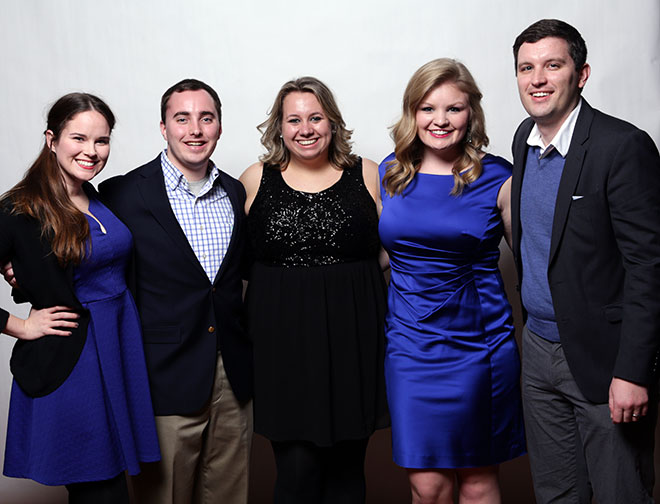 If you had told 18-year-old me that I would be attending law school in Kansas, I would have laughed. After growing up 45 minutes from Lawrence, I managed to attend undergrad somewhere as far away and different from Kansas as possible — Miami, Florida. I thought I was going to stay there forever. When I began my law school decision process, KU was never the front-runner.

That changed when I visited. Everything I had heard about the people being the best part of KU Law was absolutely true, and I was sold.

I walked in on the first day of orientation not knowing what to expect, but I immediately found people to connect with and realized the room was full of people genuinely wanting to meet each other. I bonded with a group of girls over our love of Fuzzy’s Tacos and hot cheese. Being placed in a small section made making friends easy. My section played intramural volleyball in the fall and somehow decided to let me stay on the team even though I hit the ball a total of zero times. During finals, my study group and I alternated between studying and playing ping pong (more studying than anything else, though, I promise).

I kept waiting for the other shoe to drop — where were all the competitive, ruthless, and vindictive people I had heard law school attracts? Eventually, I realized they aren’t here. People at KU Law — students, professors, staff — all want you to succeed.

The friends I have made at KU Law have made all the difference. Law school is hard. Really hard, actually. But being surrounded by supportive, insightful, and compassionate people makes a hard time so much easier. I’ve only been here one semester, but I can’t picture myself anywhere else.

— Claire Kebodeaux is a 1L and KU Law Student Ambassador from Olathe, Kansas.