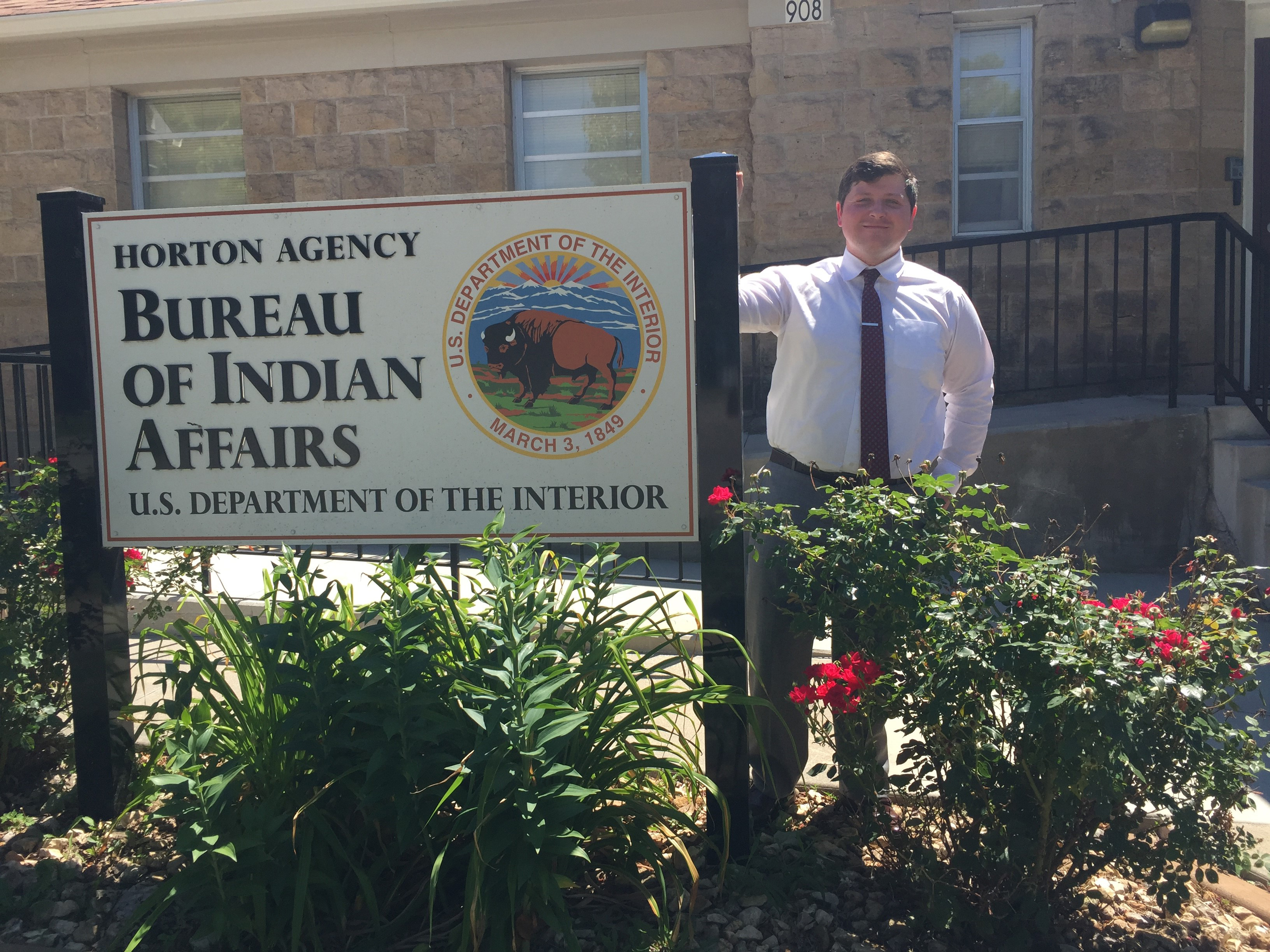 The first thing I noticed working in the government office on the reservation was the passion everyone had for their jobs. It was contagious. As the Nation’s law clerk, I worked side-by-side with the Nation’s in-house counsel, Vivien Olsen. I cannot overstate the wealth of knowledge I acquired through observing and working with Ms. Olsen. She taught me many invaluable lessons and gave me the opportunity to take on projects that gave me excellent hands-on experience.

A large portion of my work for the Nation was on Indian Child Welfare Act (ICWA) cases. The ICWA was passed in 1978 after Congress recognized an alarming number of Indian children were being taken from their families and tribes with little cause and adopted to non-Indian families. In the almost 40 years since the ICWA’s passage, there has been great progress, but tribes still face many challenges in these cases. The U.S. Supreme Court has heard only two ICWA cases, meaning much of the ICWA is interpreted and applied differently based upon which state, or even county, the case is heard in. Over the summer I worked on cases in Brown, Douglas, Sedgwick and Shawnee counties, and all four counties treated their ICWA cases very differently.

One of my best memories from my time with the Nation came in the third week of my clerkship. Our case in Douglas County was not progressing as we hoped, and we determined it would be best to seek a transfer to tribal court. In ICWA cases, the tribe can request a transfer of jurisdiction to the tribe’s court unless “good cause” exists to deny the transfer. I was tasked with drafting our motion for a transfer of jurisdiction. The morning of our evidentiary hearing, the judge and the ADA agreed there was no legal basis for objecting to our motion, and the case was transferred without a hearing.

My summer was not limited to handling family law matters. Indian law is an all-encompassing field, and I learned that quickly with the Nation. Over the summer, I assisted in drafting a new Title IV-E code, petitioned the Kansas Judicial Council to amend the state’s pro hac vice admission rules, met with state officials about current and future tribal-state relations, helped create business licensing notices and handled probate matters. There was never a dull moment with the Nation, and I could stay fresh on all sorts of legal issues.

After my summer with the Prairie Band Potawatomi Nation, I am confident and passionate in my desire to represent tribes. Many students enter law school hoping to save the world, but we often forget about the people in our own backyard who need help. I encourage every KU Law student to visit the Prairie Band Potawatomi Nation’s reservation at some point during their three years at Green Hall, and to take at least one tribal law class. You will not regret the experience, and you may just find a new career path.

— Benjamin Stringer is a 3L from Jacksonville, Florida.