Saying ‘I do’ to marriage, homeownership and law school 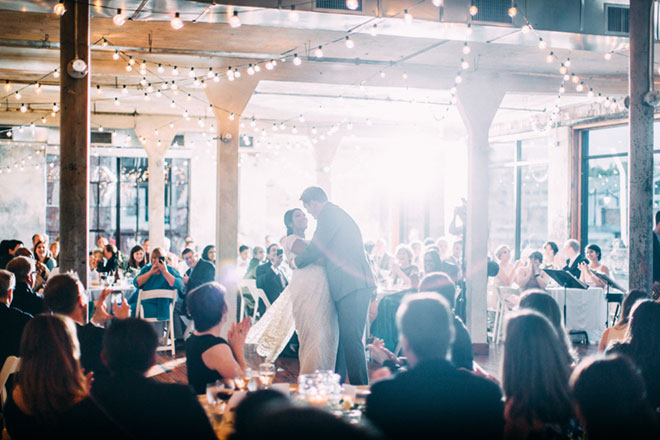 We’ve all heard of the Rule of Threes. Things are supposed to be funnier when they happen in threes. Bad things happen in threes. And for me, this year has proven that the adage is true for big life events, too: I got married in May, bought a house in Lawrence two weeks before that (I wouldn’t recommend that timing to anyone), and dove headfirst into KU Law this August. While I’d known that I wanted to go to law school for some time, I definitely didn’t think I’d be enrolling as a wife and a homeowner. 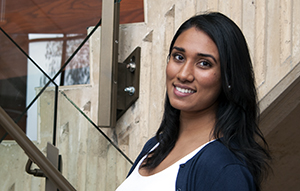 When I was an undergraduate and graduate student at the University of Missouri, I always worked best alone — and when the studying got rough, the help of a local pizza place and my trusty coffee shop were all I needed. Cooking meant firing up the oven for a frozen pizza. Cleaning my apartment meant I had to maintain 550 square feet in basic livable condition. And while I spent quite a bit of time with my roommates and friends, I could hide away by myself if I really wanted to, especially when I needed to buckle down and work. Everything else could be pushed to the back burner.

But then, I met my husband, Matt. We were engaged more than a year and a half before I started school at KU Law, and for much of our relationship before we got engaged, we commuted between Columbia, Missouri, where I was in graduate school, and Lawrence, where Matt was a professor at KU’s School of Architecture, Design & Planning. That had been a little tough, but combining wedding planning (which, in our case, was more stressful at times that anything I’ve done in law school so far) with the decision process of where I would be enrolling for law school was a new test for us. We had to figure each other out in different kinds of stressful situations. And when Matt decided he wanted to pursue a doctoral program at KU and secured funding to do incredible work in urban design and public health, we threw house hunting into the mix, knowing we would be in Lawrence for a while.

What we didn’t know was how this semester would look as husband and wife, law student and doctoral student, homeowners. We hadn’t truly experienced each other’s crazy habits while studying and working. Sure, we’d worked around each other before, but not like this – not with the hours and workload that law school or a doctoral program demands. Would he be driven nuts by my obsessive gum chewing while I studied? How about the fact that I work best at the crack of dawn? Just a few months into marriage, would we ever see each other? Would I be able to keep up with all the chores that being a homeowner entails? As we approached orientation at the end of August, the knot in my stomach grew tighter as I anticipated all the problems we might run into as the semester began.

A little more than two months later, I’m looking back and realizing that we’re figuring it out just fine. We’ve absolutely had evenings when one of us is completely stressed out and the other just wants to watch a movie with a glass of wine. But I was fortunate enough to find a partner who is unbelievably supportive (and can make a fabulous latte), and I can only hope that I’m providing him with the same encouragement that he gives me every day. I know our schedules and strategies over the next few years will gradually change, but right now, there are three things that have made this transition easier:

When I get too far into my own head about that Lawyering assignment due next week or exams looming on the horizon, Matt keeps me grounded. And in the craziness of being a 1L, that’s the greatest support I could ever ask for.