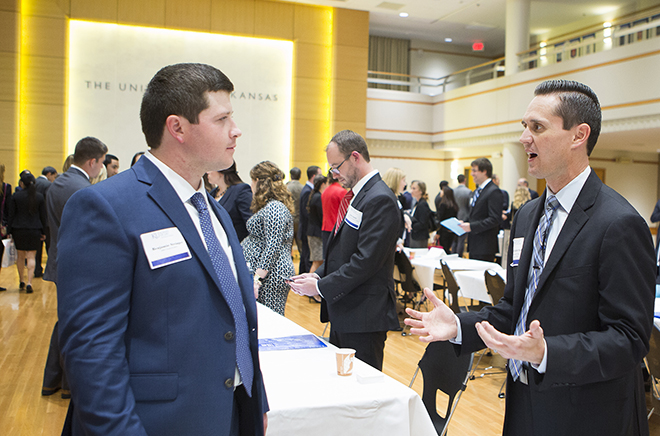 Benjamin Stringer’s ultimate dream is to one day argue before the U.S. Supreme Court. If his advocacy record at KU Law is any indication, that dream is well within reach.

Stringer has achieved a rare combination of success in both the Mock Trial Program and the nationally ranked Moot Court Program. He competed on the KU Law team that won the regional round of the 2018 Texas Young Lawyers Association (TYLA) National Trial Competition. His National Native American Law Students Association Moot Court team took fifth place overall, and Stringer was named the second best oral advocate in the competition. In recognition of his promise as a trial advocate, Stringer recently received KU’s James P. Mize Trial Advocacy Award. 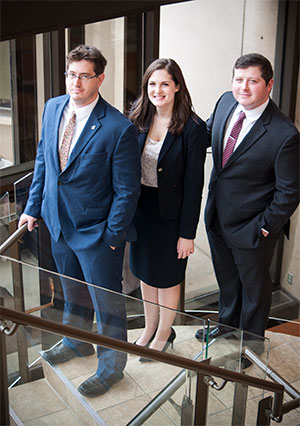 “My most memorable experience was winning the TYLA regionals with the mock trial team this year,” Stringer said. “Professor Alice Craig and Jean Phillips are two of the most phenomenal advocates and teachers I’ve ever met, and getting them to nationals for the first time is something I’ll always be proud of.”

Stringer has always enjoyed public speaking, researching new topics and collaborating with people. That’s what brought him to KU Law from Florida State University, where he earned bachelor’s and master’s degrees in political science.

“I thought a legal career was the best way to utilize my skill set,” he said.

Stringer has certainly tested that hypothesis by participating in a wide range of academic and social pursuits. He served as vice president of the KU student chapter of the Federal Bar Association and a member of the Business & Tax Law Society. As president of the Native American Law Students Association his 3L year, Stringer helped plan and execute the most successful Diversity in Law Banquet in KU Law history – resulting in more than $16,000 donated to the Diversity Scholarship Fund.

In addition to his competition team experiences, Stringer interned for Johnson County District Court Judge Paul Gurney through the Judicial Field Placement Program and served as a Senate reader for the State of Kansas. He also worked as a law clerk at Dysart Taylor Cotter McMonigle & Montemore PC and with the Prairie Band Potawatomi Nation’s Office of In-House Counsel. Stringer most enjoyed the people he encountered in all of these roles.

“Over the past three years, I’ve met classmates from all over the country and world, learned from professors who are the top professionals in their fields, and worked for everyone from state senators to federally recognized Indian tribes,” he said. “Each person I’ve had the privilege of interacting with during this time has left me with something that has made me a better advocate.”

Stringer will join the litigation team at Dysart Taylor in Kansas City, Missouri, after graduation, with a long-term goal of becoming a federal appellate lawyer. He hopes his KU Law classmates remember him as outgoing, driven and light-hearted.

“Even though law school can be very intense, I’m a class clown at heart,” Stringer said. “I hope I was able to provide some levity for my classmates and professors during some of those more stressful moments.”

This post is the fifth in a series highlighting just a few exceptional members of KU Law’s Class of 2018. Check out stories about Maya Tsvetkova, Sam LaRoque, Joe Uhlman and Waynell Henson as we count down to the Hooding Ceremony on May 12.